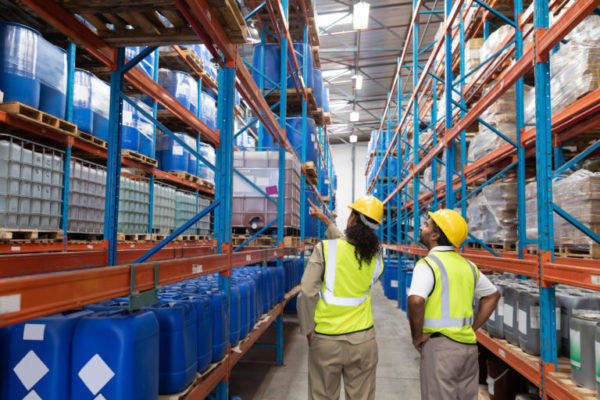 Zebra Technologies Corp., which sells barcode scanners and other computers used in warehouses globally, introduced a feature on Thursday that sounds an alert when workers breach physical distancing guidelines over the novel coronavirus.

Warehouses and factories have been trying to avert outbreaks with greater separation of workers than ever before, putting plastic shields around workstations and testing smartwatches and other gadgets that buzz to signal people are too close.

However, this is the first time such functionality has been incorporated into the specialized devices that warehouse workers use on a daily basis.

Zebra’s alerting works on a handful of models already installed by its large retail, transport and manufacturing customers, Chief Technology Officer Tom Bianculli said in an interview. The devices, which run hundreds of dollars each, exchange Bluetooth radio signals that are used to estimate distance.

Customers also can choose to track interactions of five minutes or more between workers, enabling swift contact tracing to prioritize who should undergo virus testing if colleagues become infected.

The Lincolnshire, Illinois company started testing the new technology last month with 100 of the 200 workers at its Netherlands distribution center. The system issued about 80 distance alerts per day initially. But alerts fell to about 10 per day as workers adapted and engineers fine-tuned software, Zebra said.

Alerts sound when devices come within 6 to 10 feet (1.8 to 3 meters) of each other, and the tone repeats for longer intervals as people get closer or fail to back up. Some of the devices also vibrate as part of the alert.

“It’s a little bit more annoying than a notification tone,” Bianculli said. “It’s not designed to be pleasant.”

Supervisors at Zebra’s Dutch center remind, but do not punish workers, who get too close.

Zebra, which said it has thousands of customers, is seen by analysts as among the largest indoor location services vendors.