A Quick Introduction to Occurrence vs. Claims-Made Forms 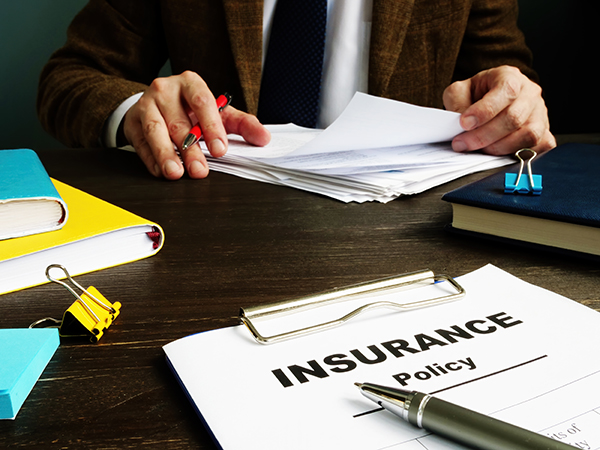 I have inherited an account where the primary CGL was written on an occurrence form and the excess liability was written on a claims-made form. Can you help explain why this isn’t a great situation?

Yes. I think we can.

Let’s start by clarifying that there’s more to the situation than what I’ve told you. There are actually three layers of policies going on here. Without giving you all the detail that you want, let me quickly clarify. The primary CGL policy is an admitted ISO-based occurrence policy, the umbrella is also an ISO-based policy, and the excess is an E&S policy that was written on a claims-made basis.

You have probably already thought through the truth that most of the time, an umbrella (or excess) policy would normally provide coverage on the same basis as the primary liability policy. As you’ve seen, that doesn’t always have to be the case. Let’s get back to the problem at hand. Is there a potential problem with the claims-made excess policy? Yes. There is a problem.

The biggest difference deals with how we trigger a coverage response. For there to be coverage under any commercial general liability policy (no matter if it is an occurrence or claims-made form), there has to be a covered occurrence. Something has to happen that is not excluded on the policy. When that thing happens, someone must suffer some kind of damages. When those damages are suffered, the one who was harmed must make a claim against the policy.

Of course, all of these details are governed by the individual policy but let me give you an example. You walk into your local mega-mart for some avocados. While you’re in the produce department, you notice a pile of cardboard boxes lying on the floor where people are walking. Someone too busy looking at their phone to see them steps on the boxes, the boxes move, he slips and falls, breaking his arm and cell phone.

Did something happen? Yes. Mr. Not Watching slipped and fell.

Did someone suffer damages? Yes. Mr. Not Watching broke his arm and cell phone. He’s also embarrassed, but that’s another story for another time.

Has he filed a claim? Not yet, but if his phone wasn’t damaged, he would already be calling Mr. Billboard Lawyer.

Both an occurrence policy and a claims-made policy would respond to this potential claim. The question that we’re trying to find out is how each policy responds based on certain dates.

On the claims-made policy, we also need to know the date of the occurrence, but more on that in a moment. Before we deal with that, we need another date, the date the claim was made. That is what first triggers discovering what policy may cover the claim. As long as the claim is made within the policy period, there is potentially coverage.

That’s not completely true. It is possible that a claim made after the expiration of the policy may be covered if the policy has an extended reporting period. This is an additional amount of time for a claimant to make a claim against a policy that has expired and not been renewed with the same carrier. That’s also another story.

The retroactive date is a date listed on the claims-made policy that gives you coverage back in time to before the beginning of the current policy period. Many times, the retroactive date will be set to the date when the carrier first wrote coverage for this insured. This is a way that a carrier can protect itself from those potential occurrences that may have happened before they started writing the policy.

The claims-made policy cares about three dates. Maybe you can remember them as COR: the date the Claim was made, the date of the Occurrence, and the Retroactive date.

Why is it a bad idea to have a primary policy that’s an occurrence policy with an excess policy that is claims-made? I must make it clear again that this is an unusual situation. We don’t see this all the time, but it happens. Just ask the agent that asked us about it. Remember that the occurrence date triggers coverage on a specific occurrence policy. The policy that was in effect when the occurrence took place is the policy that responds. As long as there was a policy in force on that date that covered that occurrence, we have a chance for coverage.

The excess policy is claims-made and cares about the COR dates. The claim was made during the policy period so that’s good. There is an occurrence date that we can identify so there’s that. The problem comes because the occurrence date was before the retroactive date. That excess policy will not provide coverage for that claim.

There’s more to this conversation, including how you actually determine the occurrence date and what happens if the insured switches between occurrence and claims-made forms. We’ll save that for another day.