Did Debate Over Business Income Insurance Just Get More Complicated? 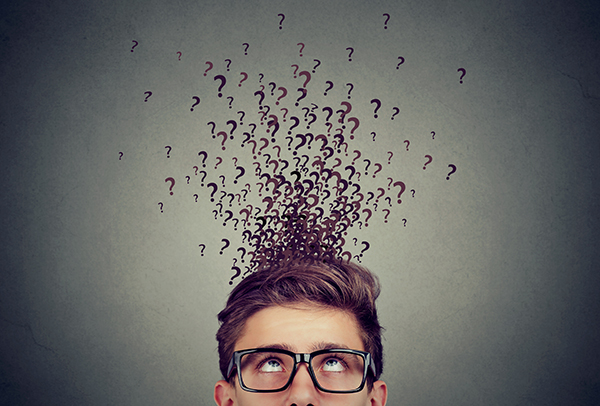 As the insurance industry faces litigation and questions over virus-related claim denials, it could soon be dealing with another business income hurdle due to the civil unrest that has taken place in many U.S. cities following the death of George Floyd in Minneapolis.

This comes as insurance professionals say revenue benchmarks for business income claims due to riots and civil unrest will be adjusted to reflect income loss from virus-related business shutdowns, which could leave some business owners feeling unfairly compensated.

“I think that all business owners are going to feel that the amount reimbursed is insufficient for their losses, partly because of the COVID-19 situation and partly because BI is such an ill-defined and hard to understand concept,” said Mike Vitulli, director of Risk Management Services at Boston, Mass.-based brokerage, Risk Strategies. “Most businesses did not consider what it meant to have the coverage, simply assuming that if their business shut for any reason, they would be reimbursed.”

While the industry expects a significant event, it is premature to determine the volume of property loss since it is an ongoing event.

The industry has already labeled the riots as a national catastrophe since insured damage will meet $25 million.

Approximately 40 percent of small to mid-sized business owners, which are typically defined as companies with fewer than 100 employees and annual revenues of up to $5 million, have opted to purchase business interruption (BI) coverage, according to Mark Friedlander, director of corporate communications at the Insurance Information Institute. It will usually cover any losses incurred as a result of a riot, civil commotion and vandalism, which have been occurring in various U.S. cities as peaceful protests by day over the death of George Floyd have led to violence by night.

Demonstrations over police brutality and racial inequality began in Minneapolis, where police officers’ May 25 arrest of Floyd turned fatal, and quickly spread to other U.S. cities, including New York, Philadelphia, Los Angeles, Chicago and Washington D.C. Criminal activity including looting, arson and vandalism in the wake of the protests, however, has caused property damage and led to officials imposing curfews in some cities, raising questions of how business income loss will be calculated for business owners still reeling from the COVID-19 shutdowns.

Insurers determine BI loss based on a 12-month assessment of a business’ income beginning from the date of loss, Friedlander said. This means a business that has been shut down or operating at a limited capacity due to the impacts of the COVID-19 pandemic may see a lower payout for any business income claims due to the recent civil unrest, Dan Corbin, director of research at insurance industry trade association, Professional Insurance Agents, explained.

“Business interruption provisions have very specific valuation requirements for determining what the loss of income was. Those provisions will have to be followed. If a business was not open and the looting and vandalism took place, the loss of income will be calculated per the policy formula, which might result in a reduction of income depending on the formula in the policy,” Schiffer told Insurance Journal.

Schiffer said the majority of the claims arising from the civil unrest will be actual property damage or loss of personal property claims that will be covered based on the value of the property and the business interruption claims should be much smaller compared to the actual damage claims.

Peter Halprin, partner in Pasich’s New York office, said all of this could lead to even more pushback from business owners, some of whom are already frustrated by COVID-19-related claim denials under their business interruption policies.

“Given the stance that insurers have taken on COVID-19, I think that they may have burned some bridges with their policyholders and fractured some trust,” Halprin said. “Policyholders may be more willing now to be aggressive and file lawsuits.”

Another lingering question regarding the convergence of the pandemic with the riots in many cities, Vitulli said, is how the federal Paycheck Protection Program will factor into revenue calculations for BI claims.

The Paycheck Protection Program is a loan designed to provide a direct incentive for small businesses to keep their workers on the payroll during the COVID-19 crisis. The Small Business Administration (SBA) will forgive loans if all employees are kept on the payroll for eight weeks and the money is used for payroll, rent, mortgage interest or utilities, according to the SBA website.

“There is not a lot of precedent for this situation in terms of how BI would be calculated,” Vitulli said. “While we believe these (PPP loans) should be treated as loans, not as income, and that payroll would be a covered expense under most property policy BI forms, it is certainly a debatable point.”

Despite questions that remain, insurance professionals are confident that the industry is equipped to handle these two emergencies at once, for now.

“It is my opinion that the resulting property damage from the protests is manageable today for most insurers, but if it were to continue unabated for weeks or months, the cost could be staggering and may impact their short term results,” Vitulli said. “Fortunately, property damage is relatively quantifiable and not a long-tailed liability, which would impact them for years to come.”

David T. MacLachlan, agent at Syracuse, New York-based The Dominick Falcone Agency Inc. and chair of the board for Big I New York, agreed.

“I’m very confident that the industry nationwide is prepared because we’re in the business of dealing with really intense, unusual physical events,” he said. “There’s some new challenges, but we’re several months into the pandemic, so I’m very confident that insurance companies will be prepared to address the claims as they come in.”

For business owners, however, it could be a different story, Halprin added.

“Stores that probably were planning to open in the near future…now are faced with shuttering their doors for property damage,” he said. “These businesses are facing a double whammy, and it’s tragic.”